IOANA CHIVER
I am interested in understanding how bird songs, plumages and "dances" are shaped by social environment and especially mate choice. I am also interested in the physiological mechanisms underlying sexual trait development and expression. 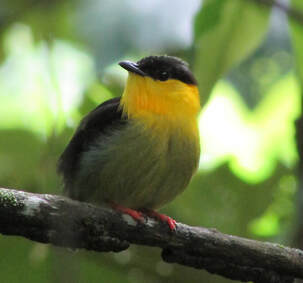 I am comparing the display behavior of juveniles and adults to determine what elements vary and if hormone implants (testosterone) result in juvenile "improvement" in display behavior. I have also recently compared the vocal behavior of juveniles and adults and found slight differences in the performance of the male "cheepoo" vocalization between groups.

I have also used hormone implants to show that female golden-collared manakins treated with testosterone perform some of the acrobatic courtship display tipical of males. This suggests that the neural circuitry involved in the display behavior is developed in females or develops rapidly in response to hormone treatment.

3. Are fast moves characteristic of the courtship display useful in a predator-escape context?

I recently completed experiments with presentations of predator models to determine the "escape speed" of golden-collared manakins compared to that of other forest species that lack an acrobatic courtship display. I hope to determine if male ability to perform fast jumps part of the courtship display could be useful in a predator escape context.

4. Check my next page to learn about my recent project looking at differences in display behavior of golden-collared manakins on Escudo Island! 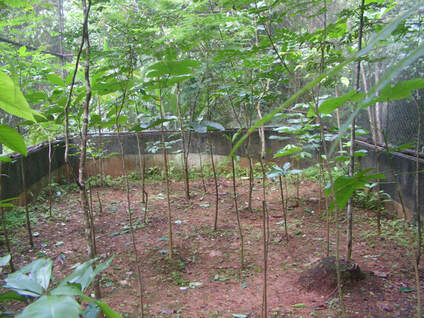 ​I used a large outdoor aviary to perform observations of display behavior for juvenile males and females during experiments with hormone implants (projects 1 & 2 above). 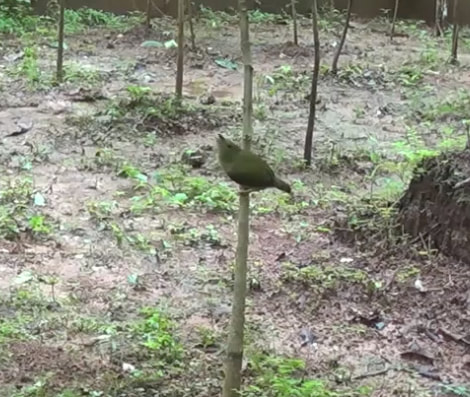 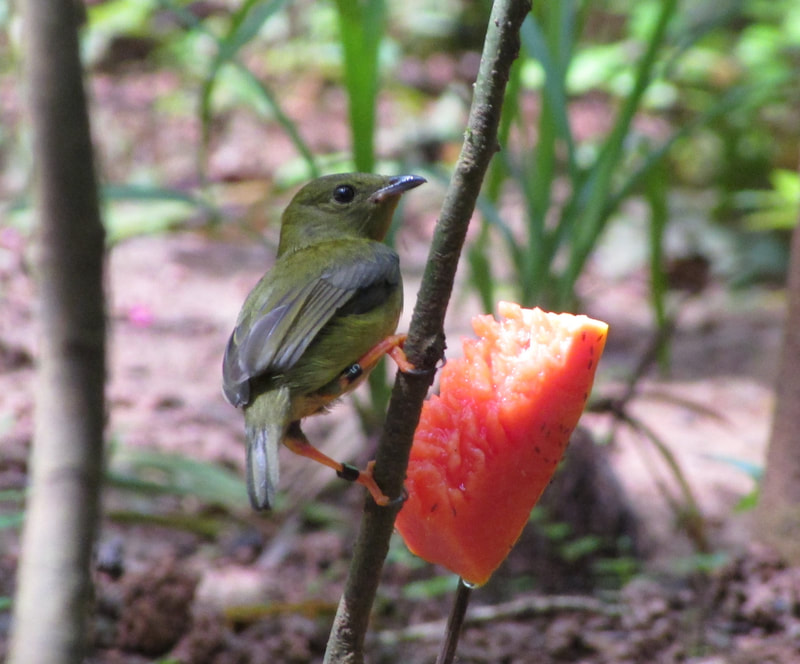 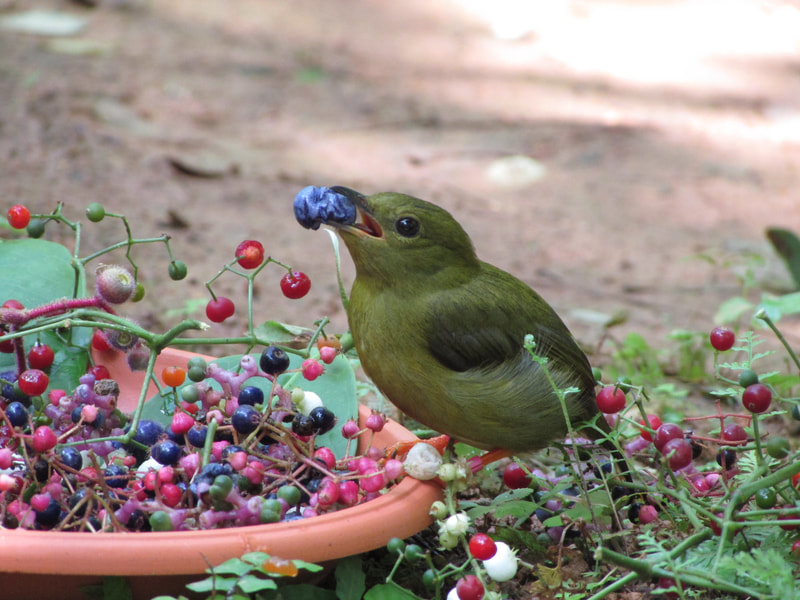